Pro-choice protestors wave rainbow pride flags and chant slogans towards participants of "The March For Life", seen in the foreground carrying crosses as they march through Berlin's Mitte district, on September 16, 2017. In the center of the pro-life march event was the call by the organizers for German politicians and society to take active action against a "silent increase of acceptance" of the phenomenon. Abortion in Germany is permitted in the first trimester of the pregnancy, with the condition of mandatory counseling and in a later period of the pregnancy in cases of medical necessity.
(Photo by Omer Messinger) 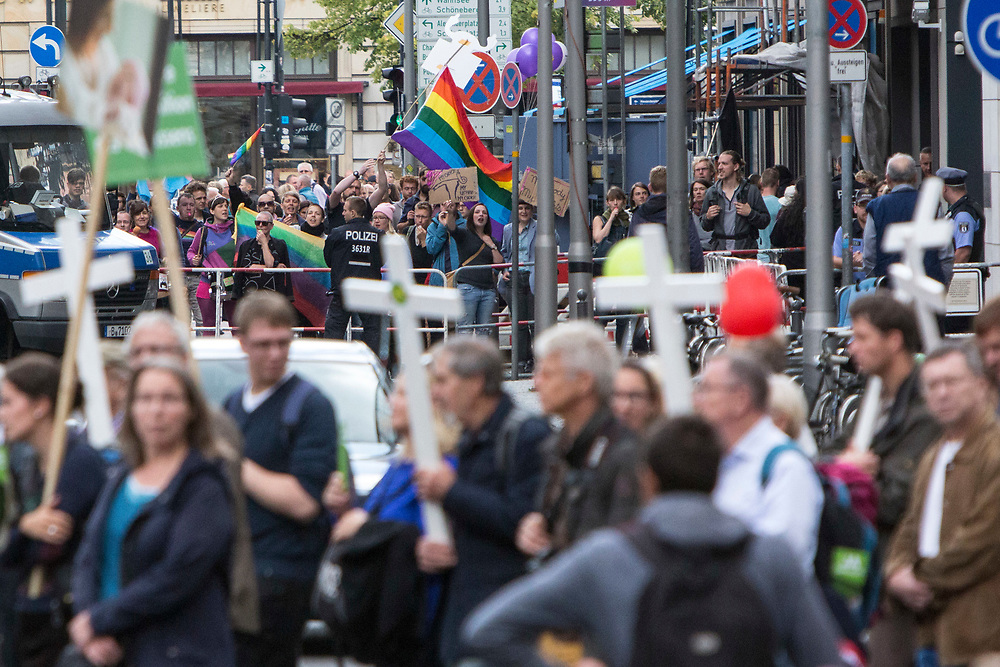