Ulra Orthodox Jews sing and dance around a bonfire, at Jerusalem's neighborhood of Mea Shearim.
Lag BaOmer, is a Jewish holiday celebrated on the 33rd day of the Counting of the Omer, which occurs on the 18th day of the Hebrew month of Iyar.The motive for the commemoration of this day are unclear, they vary between celebration of Rabbi SHIMON BAR YOCHAI's revelations of the Kabbalah, another on is a period of success in the rebellion of the Jews against the Romans in the 2nd century and the last one is an end of a plague during that same period of time. 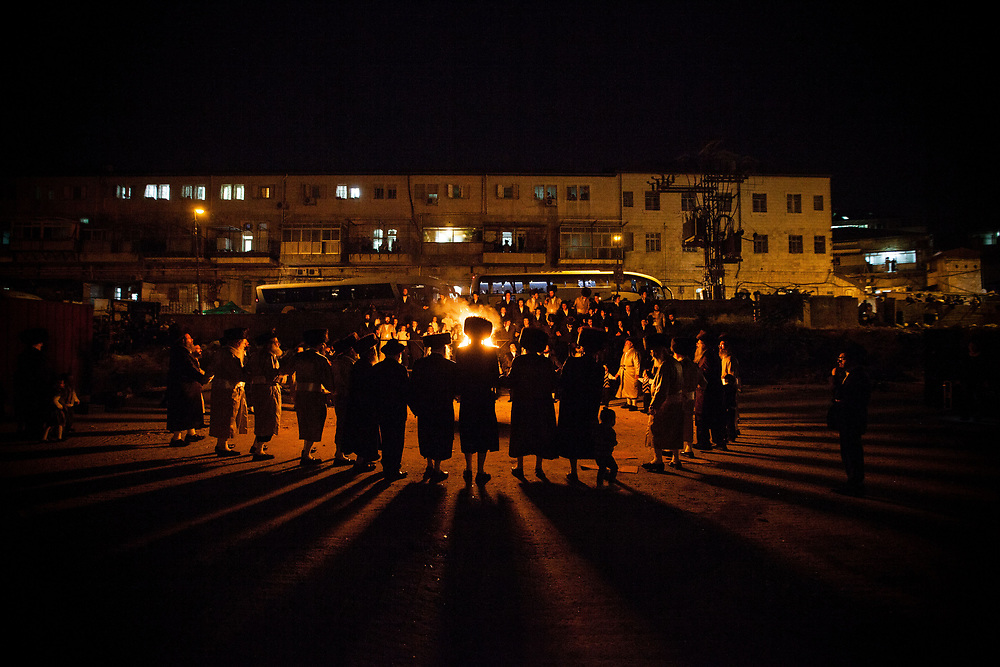