Participants hold banners with the faces of the victims of the Hanau terror attack, during a memorial demonstration, commemorating the anniversary to the Hanau terror attack, in Berlin, Germany, February 19, 2021. About 800 participants took part in the event in remembrance of the Hanau shootings, in which ten people were killed and five others wounded. The shooting spree was committed on February 19, 2020 by a far-right extremist targeting two shisha bars and kiosks at the Hessian city of Hanau near Frankfurt. The gunman was identified as 43-year-old Tobias Rathjen. The majority of the victims were Germans with migrant backgrounds, among the victims was also the perpetrator's mother. (Photo by Omer Messinger) 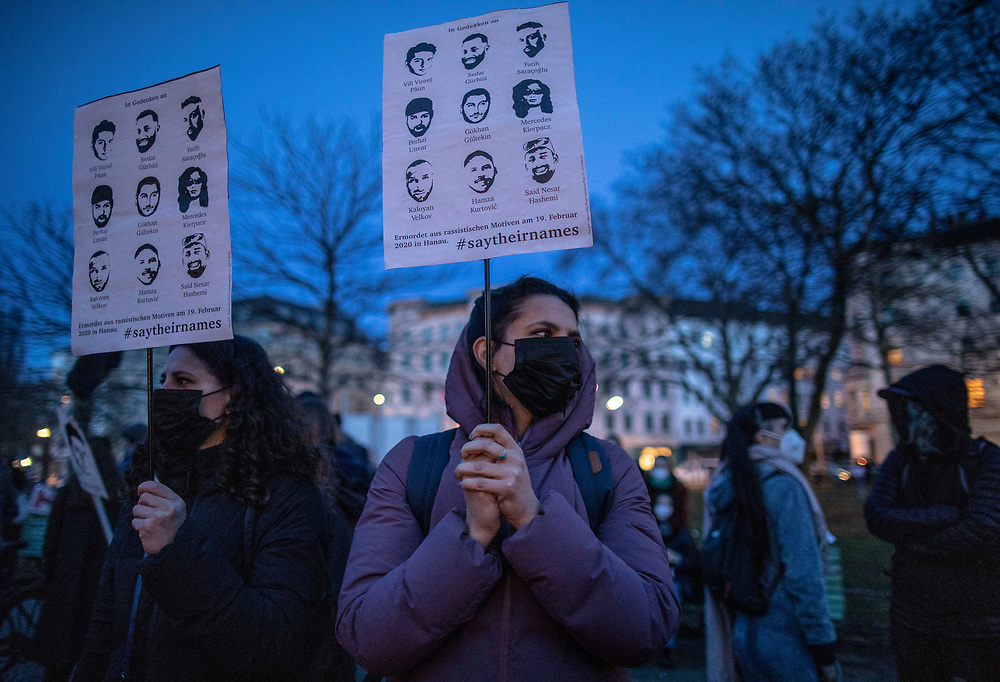